Warning: "continue" targeting switch is equivalent to "break". Did you mean to use "continue 2"? in /homepages/26/d757526286/htdocs/ICASMYSURU/wp-content/themes/Extra/includes/builder/functions.php on line 4993
 Navamsha: Beauties and Mysteries and Yogas in Nadi | ICAS 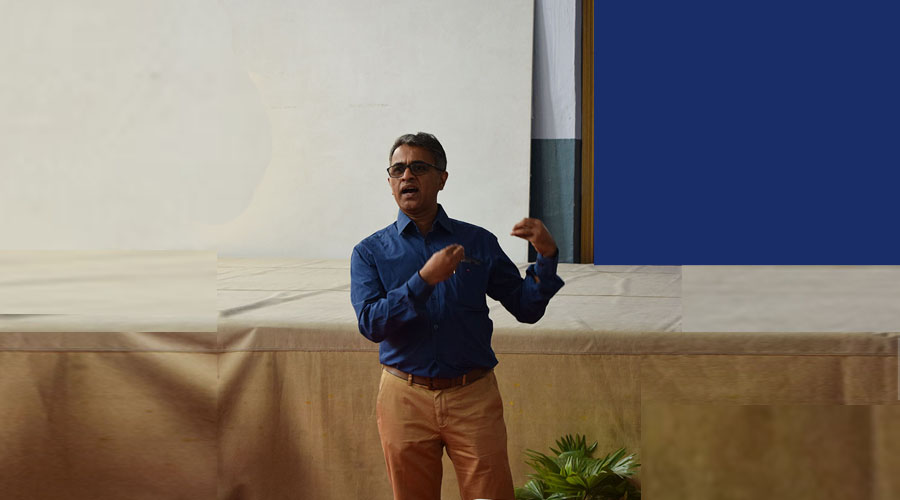 Navamsha: Beauties and Mysteries and Yogas in Nadi

On 24th February, 2019 the Chandigarh Chapter of Indian Astrological Sciences (ICAS) hosted two lectures on Navamsha: Beauties and Mysteries and Yogas in Nadi.
The lectures were delivered by Dr. Soumya Kumar, Editor and Member of Academic Advisory Committee of ICAS. The day started at 10 in the morning and went up to five in the evening. The programme was well attended by more than 150 students of Chandigarh, Ludhiana and Patiala.
Sri Anil Kaushal, Hon National Vice President of ICAS set the stage by introducing the concepts of divisional charts and the beauty of yogas formed by planets according to nadi. Chandigarh chapter is committed to spread the mission and vision of ICAS as envisaged by Dr B V Raman and ably continued by Sri A B Shuklaji. It is actively guiding, cooperating with other chapters/centres like Panchkula, Ludhiana and Patiala. The present programme is a milestone in that direction wherein the union of North and South is being achieved, he said.
Sri Soumya Kumar started off with a story on the importance of divisional charts and gave a bird’s eye view of reading divisional charts. The placement of planets in different groups of vargas like shadvarga, saptavarga etc have been given special names by Maharshi Parasara and others. In shadvarga we see names like kimshuka, vyanjana, chhatra etc. The significance of these names in shadvarga and how do they affect the quantum of results in a native’s chart was explained in detail.
He explicated the importance given to D9 charts by referring to its application from different classics like Manasagari, Phaldeepika, Nashta Jataka, Deva Keralam etc. Various concepts associated with D9 like Rashi Tulya Navamsha, Navamsha Tulya Rashi, 64th Navamsha were explained in brief.
Dr Soumya Kumar with examples showed the significant role played by planets transiting over D9 lagna and planets in same degree as ascendant. Life events Mrs Indira Gandhi and President John F Kennedy were taken and explained. He also explained the rationale behind dividing the navamsha as dev, nar and rakshas and how it can be used to understand the character of a person. Based on the story of devasura sangram narrated in Satapatha Brahmana (Kanva rescenscion), the distinction between deva and asura was clarified. How planets in these amshas will affect the personality of a person was illustrated through different charts.
Afternoon session was devoted to understand how yogas are to be understood from Bhrigu-Nandi Nadi perspective. This session on Yogas in Nadi was exclusively devoted to our post visharada students. They learnt about logic of karakatvas of different planets, how to cast directional charts, how to read directional charts and interpret the directional yogas. He explained how the roots of nadi astrology lies in the vadik Parasari system and illustrated the deep connections between them. The challenges of interpreting yogas formed because of planets lying in the same direction can be easily overcome only when the karakatvas of signs and bhavas are factored in was elucidated.
Dr Soumya Kumar spoke in English with a smatter of Hindi phrases and sentences. Some of the participants were, however, requested for full Hindi translation. Smt Hatinderdeep Kaur, faculty of Chandigarh chapter effortlessly translated the lecture in to Hindi and the participants enjoyed hearing the lecture twice over.
Earlier Shri Narulaji welcomed the gathering and Shri Harsh Lakhanpalji, Chapter Chairman proposed the Vote of Thanks. On this occasion, students who selflessly serve the cause of ICAS were also honoured by way of giving appreciation certificates. 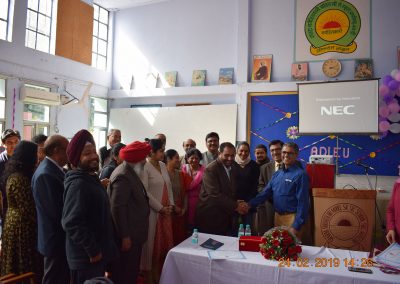 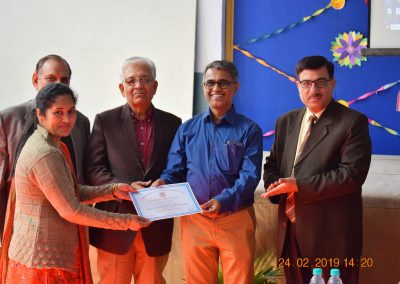 A volunteer receiving Certificate of Appreciation