Warning: "continue" targeting switch is equivalent to "break". Did you mean to use "continue 2"? in /homepages/26/d757526286/htdocs/ICASMYSURU/wp-content/themes/Extra/includes/builder/functions.php on line 4993
 Jyotishmati: International Retreat on Rationale of Nadi and Spiritual Remedies by Sri AB Shuklaji, Hon. National President, ICAS | ICAS 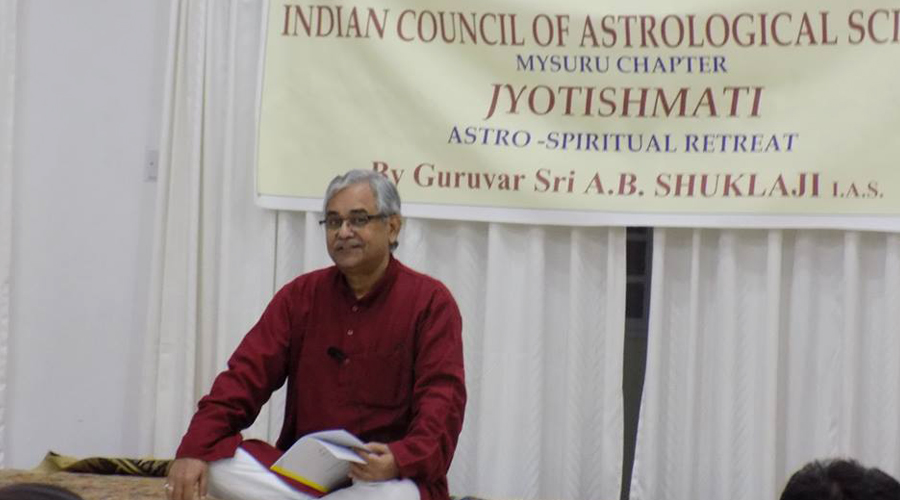 This was the second retreat conducted by the Chapter, after the first conducted in January 2016 at Melukote, Karnataka

The retreat was conducted under the guidance of Sri A B Shuklaji, Hon. National President of ICAS. The purpose of this retreat was to understand the rationale of Nadi principles and also to spiritually equip the participants to suggest remedies: why, what, when and how. 3 days and 2 nights spent together with Guruvar Sri AB Shuklaji at The School of Ancient Wisdom, Bengaluru was full of pure knowledge and bliss.

This was the 2nd residential retreat organised by Mysore chapter of ICAS and 47 participants from Mysuru, Delhi, Bengaluru, Secunderabad, Vishakhapatnam, USA, Russia and Kazakhstan enjoyed the rare privilege of learning about Nadi and spiritual remedies.

We started our day with chanting powerful mantras and stotras followed by Nam Sankirtan. One and half hours early in the morning and one and half hours in the evening surcharged the atmosphere with positive vibrations.
These sessions set the stage for learning the logic of Nadi dictums that gives wonderful results and comprehend the complexity of suggesting remedies or pariharas.

We assembled on 6th January evening, not only to know each other but to learn how to equip ourselves to be good astrologers. Guruji advised us, cautioned us and encouraged us to become responsible astrologers. Eager students joined Sri Rakesh Rathoreji and Chitkala S Sharma to learn why to pray, what to pray and how to pray. This was followed by an introduction to meditation.

7th began with getting an overview of different systems of meditation and the importance of Lord Shiva as the first teacher of dhyana. Later, we were introduced to the intricacies of Nadi by Sri Jeyaram Subramanianji, Hon, National Vice President of ICAS. He gave an overview of the proposed course on Nadi by ICAS. This was followed by a lengthy session on clarifying various doubts raised by the students on different Nadi principles by Sri Shuklaji.
He cogently taught us why at least one signification of moola trikona house of an exalted planet is destroyed, problems arising out of Jupiter-Venus combination, effects of link between 5th and 7th lords, Rahu-Ketu in 4/10 axis and many more. Evening session was devoted to learn one of the most ancient systems of meditation, taught by the great jnani Ashtavakra.

On Sunday (8th January), we were taught Event Time Prediction and remedies for different planets. We continued our meditation practice intensely. On popular demand, Guruvar Sri AB Shuklaji had to modify the schedule and he taught Event Time Prediction (ETP) along with remedies. ETP is Sri Shuklaji’s original contribution to the field of jyotisha and has proved to give wonderful results while predicting. A number of cases were taken up to demonstrate how to integrate modern events in to the ancient horary, i.e. system based primarily on time. It was fascinating to hear how well an astrologer can analyse events happening around him so that what may happen can be foreseen. ETP requires that the astrologer should be ever alert about what is happening and therefore should always “be in the present”, “be in sakshi bhava”, witness what happens but not a participant ultimately. Truly a great exercise in spiritual path!

He enlightened us on when the Vedic remedies have to be followed and when they should be supplemented by pauranic remedies. Remedies given in the vedas, especially the Yajurveda was explained in detail. He also demonstrated on how to choose which particular remedy for same planet in different contexts. It was a revelation to see how the same afflicted planet requires prescription of unique remedy depending on the individual horoscope. We also benefitted a lot as CPPL and Special Nakshatras was also integrated in to this drill. Sri Ashish Sharmaji and Sri Navneet Kaushikji illustrated many cases for principles of ETP under the guidance of Guruji.

It is a matter of great pride that two of our faculty members, Sri Subramanya R Tantri and Ravindra Bhat were awarded with Jyotish Kovida, by Sri Shuklaji. A warm congratulations to them. The day ended with distribution of Certification of Appreciation to all the participants.

We the members of ICAS Mysore Chapter wish to record our gratitude to all those who participated in the programme and a special thanks to Sri Navneet Kaushikji and Sri Ashish Sharmaji. We had wonderful time with people of Delhi, Bengaluru, Shivamogga, Vishakhapatnam and abroad – our thanks to all of them. It was wonderful to see all the Chapters of Karnataka enthusiastically participating in this retreat. Sri Narasimha Alse, NVP of ICAS was also present on all the days and contributed by his inputs on different matters, especially Nadi. 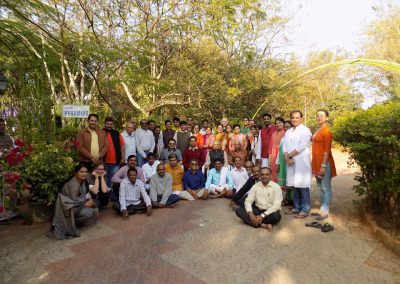 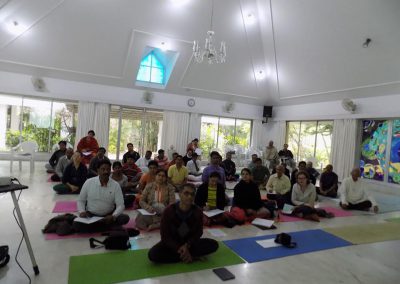 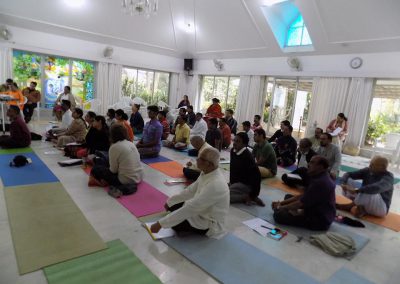 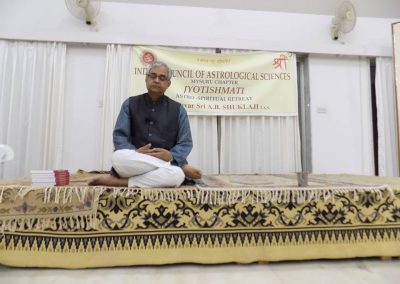 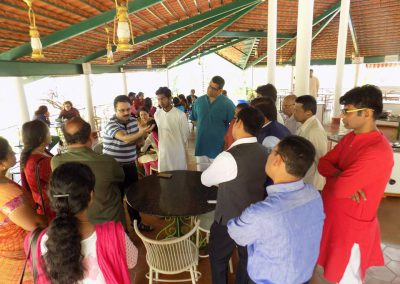 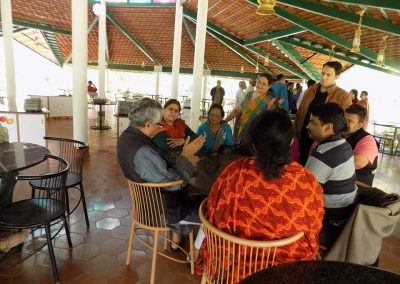 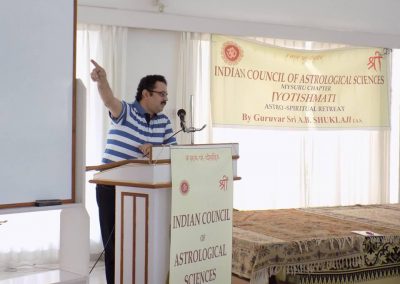 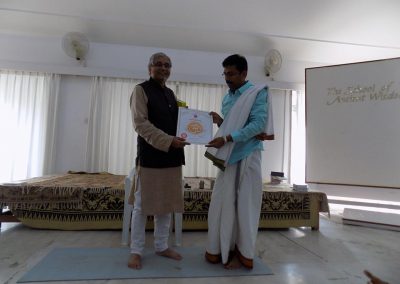 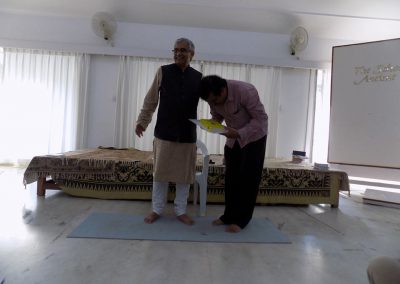